…as you grow more ambitious, the blue poppy Meconopsis baileyi, which is the dream of every gardener, will all take happily to a shaded home, especially if some moisture keeps them fresh. 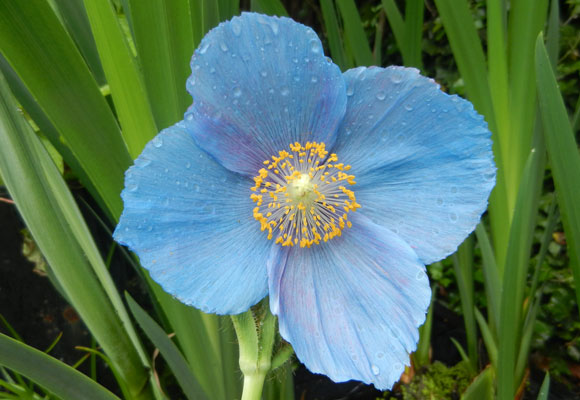 The other day, my Grandmother told me one of her favorite memories…

When paying her one of my frequent visits some years ago she drew my attention to the vacant lot across the street.  It was a space we both loved because of its abundance of oriental poppies.  But the demo trucks had shown up and were waiting for orders to do their duty; tear up earth and flower with relentless and unremorseful furry.   The poppies nodded innocently in the breeze unaware of their fate.

Without hesitation, my grandmother thrust a shovel in my hand and employed a wheel barrel.  I was then ordered to follow, and the two of us ventured through the blockade under the watchful eye of a bulldozer, and dug up as many of the plants as we could carry.

They took very well to transplanting.  But they did not perform very well for me as cut flowers, I think the trick is to get them in water immediately if they are to last.

My Grandmother loved this memory I suspect, because we worked together to collect and savor that last bit of paradise.  Now, the field of poppies has since been paved over, but the chosen ones continue to give her a private show every year.  Outside her kitchen window their furry little bulbous heads emerge, and the memory of the day we saved them is instantly reestablished in her mind.  But this memory isn’t a singular favorite to only her delight, for it is one of my favorites as well.

So common they were to me, that I never realized how rare they are to see in the wild.   It wasn’t until that field was torn up that I realized their rarity and began to cherish every poppy I spotted.  Even to this day when I see one with its hairy little stem and its delicate crimson petals, it’s as if heaven has opened and is shining its crystalline light upon its delicate and perfect beauty.  So if you see one don’t pick it. Instead, enjoy it in nature, as poppies are best remaining wild and free. 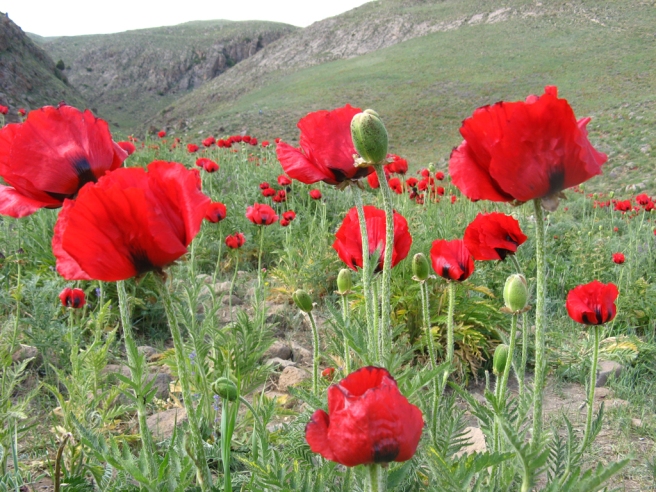 One thought on “Paved Paradise…”