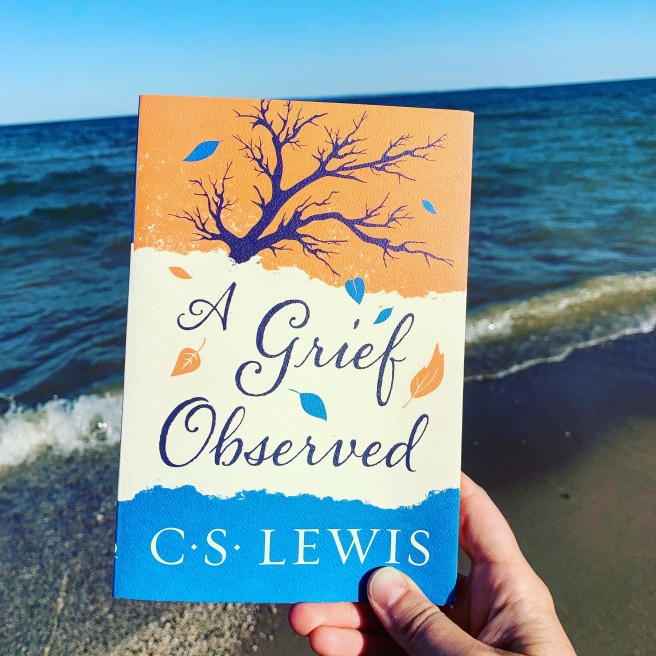 I read A Grief Observed by C. S. Lewis on the car ride home from our vacation. Felt like a journey or a walk with Lewis himself. Written after the death of his wife, a Grief Observed began as his journal to work things out, but he thought it might help others cope with their own loss so he published it. As he says, it is the story of him first, his wife, and God. In that order.