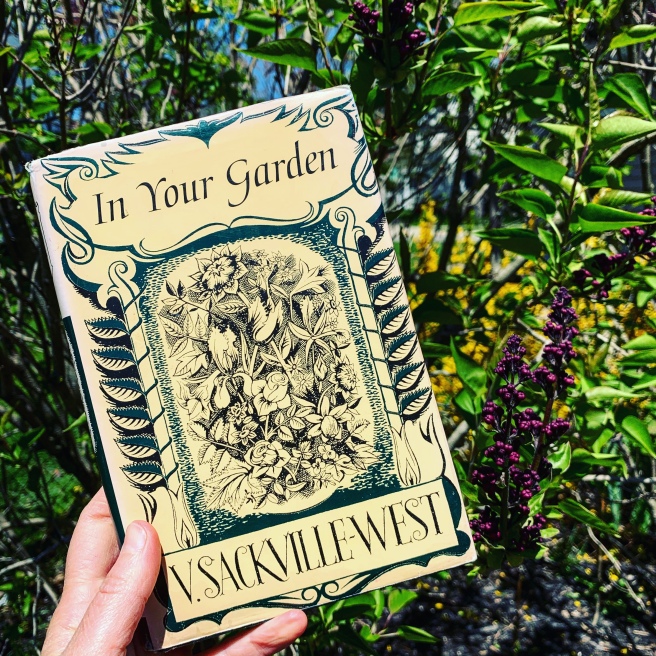 I think I have read just about everything Vita Sackville-West wrote about gardening, I also own many of her garden books. She continues to be the place I go for advice and also cute little anecdotes about additional uses for flowers most gardeners never think to mention. .

Been fidgeting in the garden since late April, but the final frost will be tonight, and we can finally welcome summer in our gardens. So glad the lilacs and other flowering trees and bushes held off blooming for a few days so the frost didn’t kill their flowers. It’s about to smell really good in Michigan soon!!