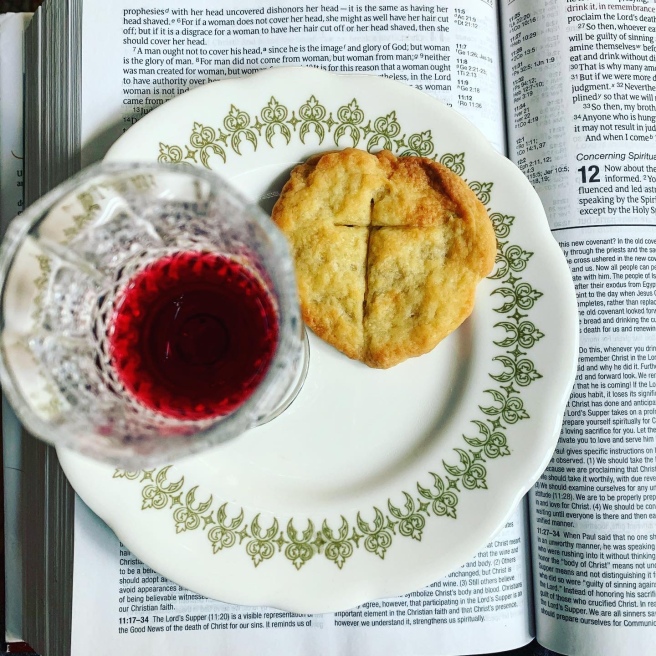 Finished writing in an entire journal yesterday, and it’s time to begin a new one! These are my prayer journals, the worn one on the left is the old one. Took me a little over four months to fill every inch with essays on prayer and spiritual journeying. Also if you swipe you’ll see a little communion sacrament I made and gave myself this morning. Though our priest can not bless it, I said a little prayer and took it as a symbol of what we would do in church, which I feel is ok.

What are your thoughts on homemade communion during the stay at home order? .