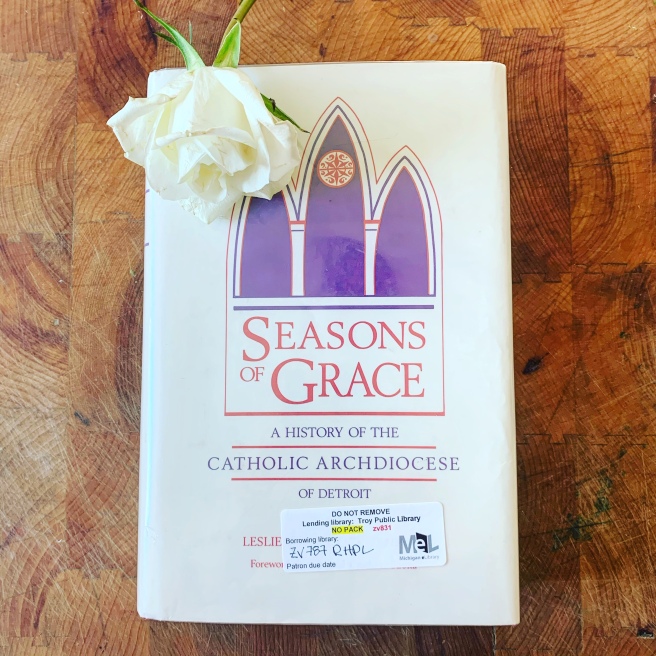 Possibly the driest book I’ve ever tried to read, but I feel like this might just change my thinking somehow or maybe even my life. Why do I think this? I don’t know. It was a recommendation from one of the archivists at the Archdiocese. I trust this guy’s opinion, though I think he may be on a different level. When I first met him he was translating an 18th century journal from Latin to English. 😬

I’m going to give it a try and see what I learn—probably more than I’d ever want to know! I was so desperate for it I ordered it from the lending library program! 🤷‍♀️ Hey, maybe when I finish I’ll pick up some lessons in Latin!