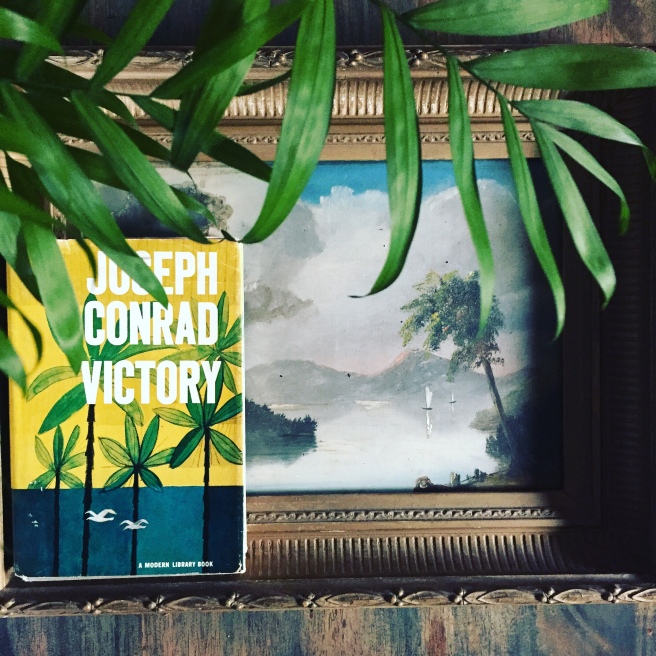 ⭐️⭐️⭐️⭐️ Although written in 1915 this suspense novel by Joseph Conrad feels incredibly modern. I couldn’t believe the date myself as it seemed more like a mid-century novel. I liked it once it got rolling. Heyst is a loner who has spent much of his life living on an island, but when he rescues a young musician and brings her to his island he finds his isolation continues in his own mind. Yet he must save the woman again as his island gets “invaded” and in this he is proving his love for her which seems to only have face value, because they never seem to jive really. It’s sort of a disconnected love story between people who don’t really relate to one another. 🤷‍♀️ I liked it though! 😄

Pictured is the modern library 1921 edition set against an antique acrylic(?) painting. .