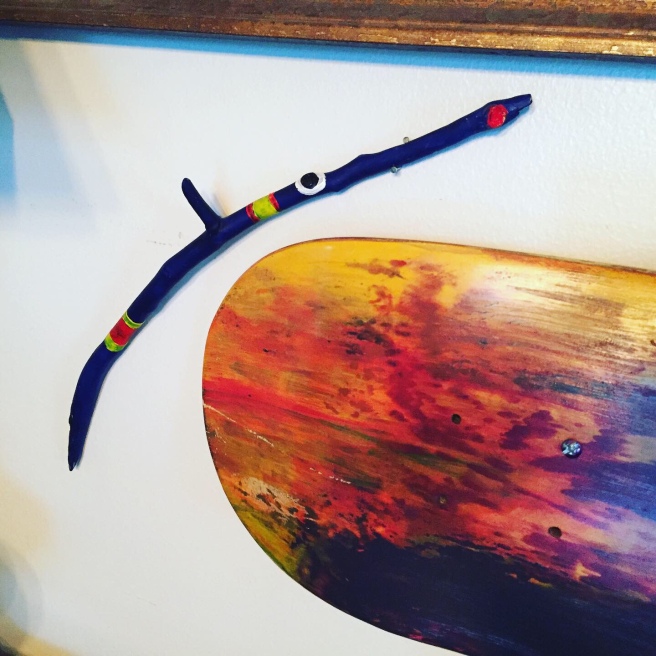 ⭐️⭐️⭐️⭐️⭐️Beautiful in its simplicity is The Old Man and The Sea. I really enjoyed this book! Nothing really going on yet questions are raised and answers are given in a short span of time. A book about an old man’s perseverance holding on to the biggest catch of his life. He is painted as a humble man, a simple man, yet determined to make meaning out of his life. I want to be this man! It’s a short book only 118 pages.

Pictured is an artful 1965 paperback which I stole (borrowed) from my brother’s collection unbeknownst to him. Hi Brad! It’s set against my weird art, Sea Creatures made with driftwood and a strange creation of mine, Red Sky At Night.