The watchers out on the grass could see the interior of the rooms illuminated by the savage glow.  The paneling of the hall had caught, and even as they looked they saw the canvas of a portrait give an extra little spurt of a yellower flame and flutter without its frame to the floor.  This was the odd thing to observe: the mingling of such small detail and Wagnerian holocaust.

Since we are approaching winter it seems appropriate for one to think about hunkering down with some good books-or perhaps finishing that novel or collection of poems you’ve been working on.  Can I please then, for a moment talk about writing?  I just finished the most glorious little forgotten book.  As most old books are forgotten let us not forget Logan Pearsall Smith and his little book of reminisces, The Unforgotten Years.  Beautiful little piece of history.  I was excited to sit and read each weathered page of my old copy.

There seems to be a lack of appreciation of good writing today.   It seems the style that has come into fashion is a very dry prose with an over use of BIG words.   In reality, by doing so and too often, they are only extracting the richness out of their descriptions.  When reading some of the modern works today.  It feels as though the heart is taken out of the prose.  The humanity, or the human condition is no longer a factor to be examined. 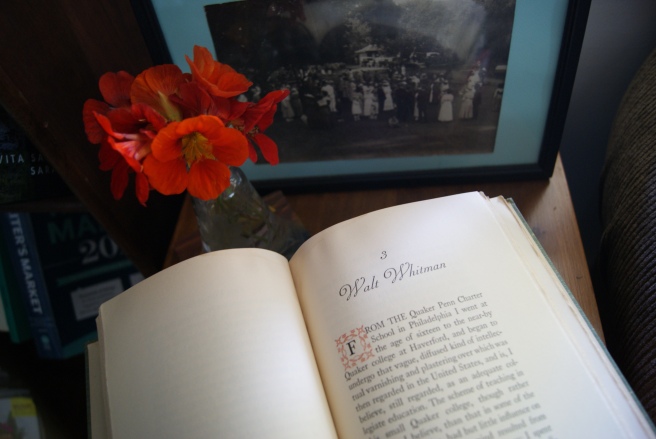 Ironically Smith complains about this same thing occurring in his old age with youthful writers over one hundred years ago.   He says:

“The truth is that almost all that makes the reading of old books delightful is neglected by those who wield their steel nibs in the age of steel.  There were arts, there were blandishments, there were even tricks, which were intended to beguile the older generations, and which have succeeded in beguiling subsequent generations as well.  In the first place good prose used to be written, not, as it is written to-day, for the eye alone, but also for the ear.”

When read aloud your writing should sound as elegant as intended.  If the reader must stumble over ostentatious verbiage most of the time- your point will be lost.  You see what I did there?   At least in my humble opinion this is the case with writing today.

Now, back to the garden for it too must hunker down and get to work.  Like the roses which must turn their fine petals of silk into rose hips for the birds, you too must do this with your writing.  Give the world something to feed upon that will enrich as well as  caress the broken hearts and the lonely souls of this world.

6 thoughts on “Garden For The Eyes-Write For The Ears”