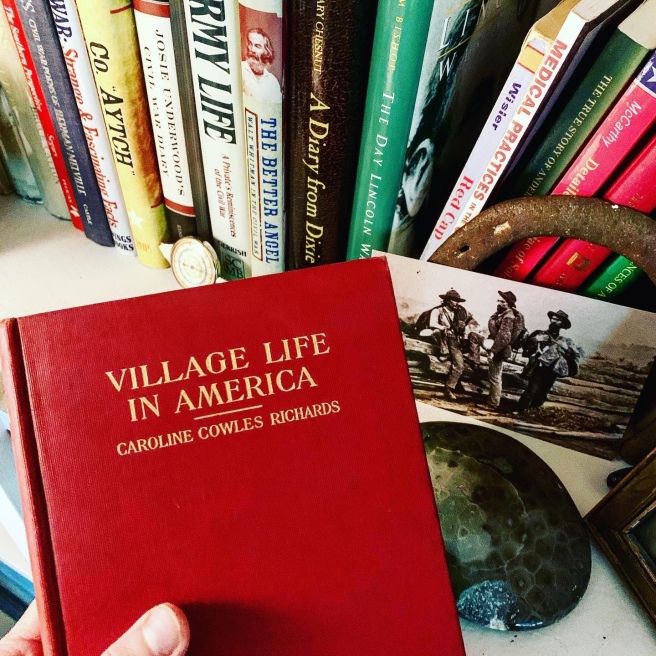 This was a charming read. The diary of a young girl growing up on the eve of the Civil War and beyond in Canandaigua, New York. .

“Monday Morning, April 10, 1865—‘whether I am in the body, or out of the body, I know not, but one thing I know, Lee has surrendered! and all the people seem crazy in consequence. The bells are ringing, boys and girls, men and women are running through the streets wild with excitement; the flags are flying, one from the top of our church, and such a “hurrah boys” generally, I never dreamed of. We were quietly eating our breakfast this morning about 7 o’clock, when our church bell commenced to ring, then the Methodist bell, and now all the bells in town are ringing. Mr. Noah T. Clarke ran by, all excitement, and I don’t believe he knows where he is. No school today. I saw Capt. Aldrich passing, so I rushed to the window and he waved his hat. I raised the window and asked him what was the matter? He came to the front door where I met him and he almost shook my hand off and said, “The war is over. We have Lee’s signature, with his own name signed.”