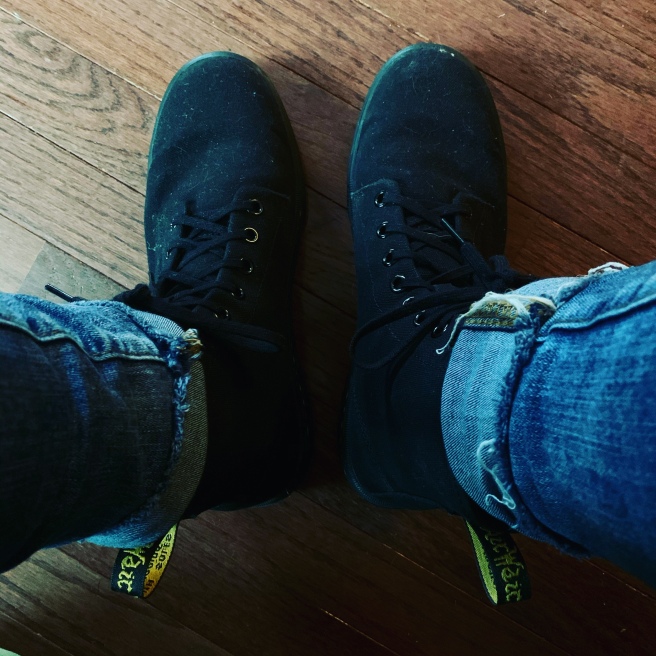 Lost Story: My inconspicuous Doc Martin sneakers originally purchased as my walking shoes for a pilgrimage to Jerusalem. I signed up for it last November, but motherhood called & I wasn’t able to go. Now they are used to walk with the homeless when I work or visit the soup kitchen. These boots were indeed made for WALKING. Maybe they made it to Jerusalem after all. #walkwiththevoiceless

2 thoughts on “Lost story about my doc martins…”