My Christmas gift last year were these two books on violin making. I started playing the violin three-four years ago. Fed up with rental fees and my fear of tuning and touching the violin in anyway other than playing it, led me to find some cheap violins and take them a part and put them back together with new strings bridges, pegs, and in some cases a new coat of varnish. I have three violins now, one of which (the darker one pictured) was found in someone’s garbage, and the others were cheap finds on Craig’s list. I have carved bridges and made a varnish from an old 18th century recipe. I have even shaped fingerboards. My goal is to one day build my own from scratch. I continue to practice playing though not as much as I should. I like learning Irish jigs and folk songs especially. Soon I will finally finish the darker one you see pictured here. It’s finished, but I needed to reconfigure it’s bridge since it didn’t sound quite like it should. There is a lot of engineering that goes into it, but it is all very interesting to me and will give me, I’m sure, a lifetime of entertainment and teaching. 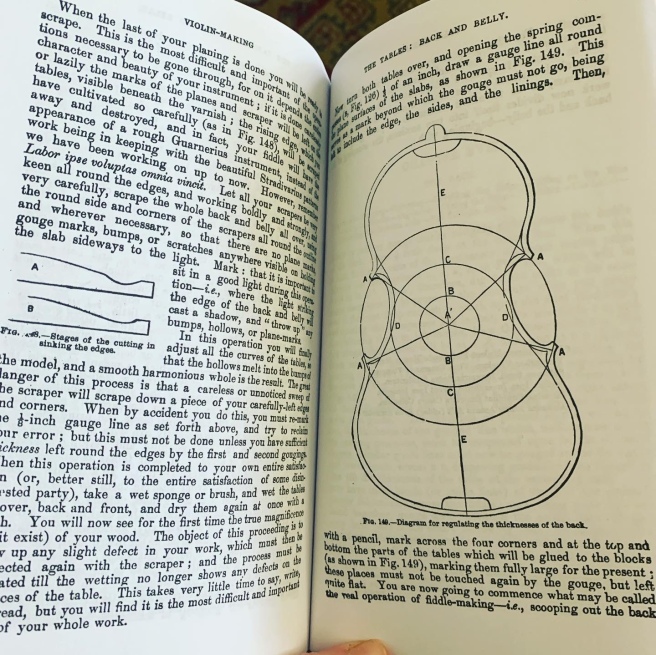 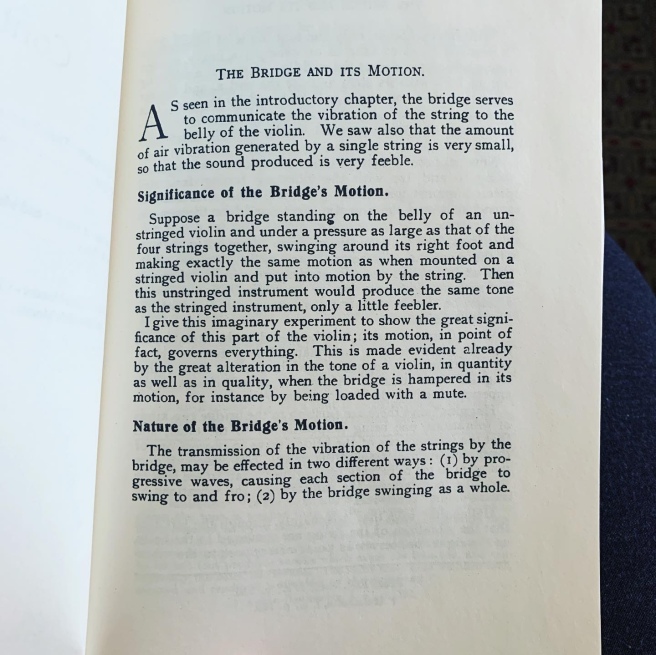 3 thoughts on “Some books on violin making 🤗”