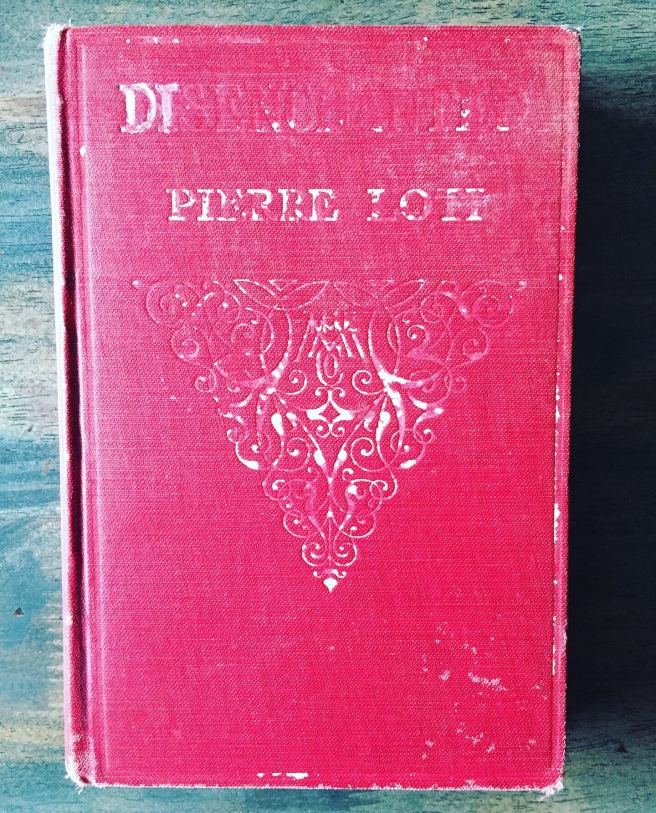 ⭐️ ⭐️ Possibly one of the first feminist books ever! Written in 1906.

Fictional author André Lhéry befriends three Turkish women who must wear a full Burkas when they speak with him. He is struck by—what he sees as—their oppression, yet moved to see a bit of a cheek or a wrist. The women conceal a mystery all the more alluring. I only gave this a two though. I found it a bit slow.

Pictured is the 1913 edition. The cover has seen better days, but the inside condition is good. Betcha it was a beauty in 1913!

I think this worn image symbolizes the garden trellis featured in the story…what is only partially seen, we never really know the whole truth, etc.